Last Year  , the Department of Justice paid Trenthall Ltd 934k euro to find accommodation for asylum seekers in the Monaghan and Cavan area .

Women in the town say the situation is now unbearable and an online petition for action has gathered almost 1500 signatures in the past 3 days .

Many women have been taking to social media to express their fear and experiences of life in the town .

One woman Nichola Mc Crudden wrote about how she was sexually and physically abused  :  "I moved to Carrick to build a life for myself. I had taken up a permenant job in a local primary school.I had settled well into Carrick, got myself involved in local inititives, etc. Life was good.Little did I know I would go on a night out with friends in my local town to get physically attacked and sexually abused. I have no problem sharing my story so to make a difference. Why should innocent people suffer in silence and feel un safe in Carrickmacross. Our town is not safe no more. I walk up and down the street to go to work everyday and should i really have to cross the road to avoid all sorts.I am not from Carrick originally but I do have memories of visiting this town. It used to be a lovely place to visit. Today it is a different town altogether.Please everybody put the awareness out there.Thank you Nichola."

Another lady Emma Gollogly wrote "I work late many evenings , walking up to move my car even at 7pm from the car park to in front of the office is often scary lately . Last week one evening I finished at 10:40pm and my car was right outside my door , yet with the gangs sitting on steps next door I did not feel safe . I am also concerned that a young lady was attacked in recent weeks and yet it seems hush hush"

Another lady Maria Murnaghan wrote : "I feel very unsafe even driving up the town the way they all look at you as if we did something wrong  . I never go to the bank of Ireland as I feel so intimidated and unsafe with the large groups of them everywhere , especially accross the rd . a young woman was badly attacked on the street , the woman's name does not need to be said but that attack was disgusting, what about my daughters , your children , as a parent it is our job to keep them safe but when you dont feel safe yourself what effect is it having on them , they need to get out of our town , sitting on windowsills , spitting on the ground in front of me , no wonder I cross the street and drive almost everywhere , county councillors stand up and take notice of what we're saying and do something about it"

Another lady Grainne Morgan wrote : "Nothing to do with racism . I moved to carrickmacross almost 10 years ago and loved the town up until recently . Now I wont even go up the town and certainly wont take my kids up the town with the group of males (dont want to say immigrants or refugees as I'll be branded racist) hanging around in gangs . Its very intimidating . I dont feel safe in Carrickmacross anymore . Sad day when you dont feel safe in your own town"

A local man Philip Keegan wrote about the begging in the town: "I’m very concerned with the way our town has changed in such a short space of time . You only have to look outside the courthouse on a Wednesday morning to see that the change is not for the better. The begging on the street is ridiculous also . It’s time to draw a line in the sand before it gets worse"

Figures from the department of Justice show that at the end of June  , there were 7,018 asylum seekers being accommodated around Ireland - 6,082 asylum seekers in 39 permanent centres and 936 in emergency accommodation (B&Bs and rented housing) , the figure is forecast to increase to approximately 7,700 people by the end of the year with the total spending on Direct Provision expected to exceed 120 million .

Figures from the International Protection Office show that the top 5 Countries of Origin for Asylum Seekers entering Ireland to the end of June were : 1) Albania 2) Georgia 3) Zimbabwe 4) South Africa 5) Nigeria . 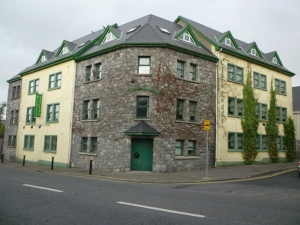 Clare Lodge in Ennis will become the third Direct Provision Centre in County Clare . The Department of Justice has confirmed that the hotel will re-open its doors to asylum The state has paid out € 1.2 Billion of public money on accommodation for asylum seekers since the year 2000 . The system of accommodation known as the Direct Provision system began
Videos
7

A Proposal by Green Party TD Eamon Ryan , to increase the population of Ireland by 3.4 million by "bringing in people as refugees in scale" would seriously damage the The following account appeared in the Irish Times on 14 August 2000 I am a Nigerian priest who came to Dublin from Rome a couple of weeks ago to study. 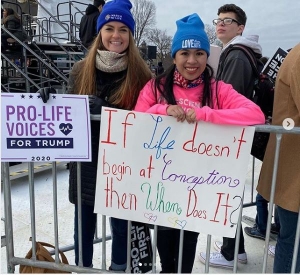 The 47th annual March for Life took place in Washington DC on Friday . The world's largest pro life event , it all began in 1974 . On 22
politics
1 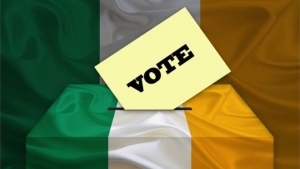 Dundalk FM is inviting all Candidates in the Louth Constituency to take part in a cross candidate debate provisionally scheduled for Wednesday 29th January, with a further panel on Friday
politics 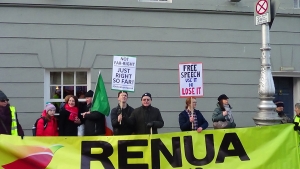 The Irish Freedom Party (Cumann na Saoirse) was founded in 2018 by Hermann Kelly , a former teacher , Journalist and Communications Director with the EFDD party in the European
politics
5 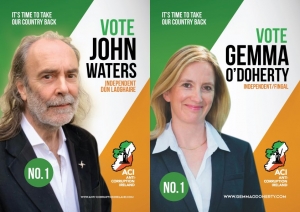 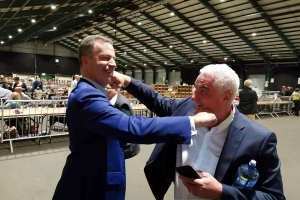 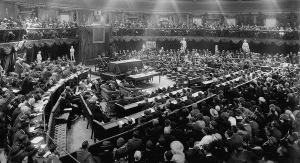 On January 21 1919 , Dáil Éireann sat for the first time at the Mansion House in Dublin and declared its independence from Britain which would begin a two and
politics
2

Civil Liberties In Ireland: Duplicity OR Double Standards? Literally only a day or so, after the eight demands of any future government in Ireland,
politics
1
newest
Reply

Margaret O Neill 07 Oct 2019 , 03:19 pm
#
carrickmacross was such a lovely little town , its just not right to have to live in fear all the time. its disgusting . so angry right now .
gav →Margaret O Neill 14 Oct 2019 , 04:05 pm
#
I see another petition has now been launched to stop Treacys Hotel becoming a Direct Provision Centre . there is speculation that they want to make it a permanent centre.

Derek →Margaret O Neill 07 Oct 2019 , 04:12 pm
#
its not just carrickmacross , its everywhere . we need local politicians to stand up and grow a pair and say no enough is enough . we cant take anymore

Charlie 11 Oct 2019 , 01:51 pm
#
seems like a very serious situation in carrickmacross . must be terrible for locals feeling on edge all the time looking over their shoulder . the roma begging thing is a real curse on small business . a lot of people will pass by shops with roma beggars outside . its very intimidating.

lucky 10 Oct 2019 , 05:19 pm
#
it doesn't have to be like this , Carrickmacross can be great again , people need to come out of their shell and use their vote wisely , maybe even stand in elections themselves .
Helen Smith →Derek 09 Oct 2019 , 12:13 pm
#
asylum stats show that 60% of people in DP are Single , 40% single men . It was never going to end well . why would ireland be any different to whats happening in every other country . we need to reclaim our borders and our sovereignty asap 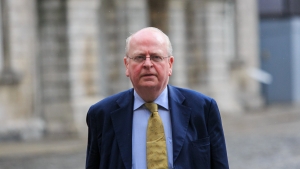 politics
8
Speaking at an oireachtas debate on Wednesday 18 May 2005 (Select committee on Justice and Equality) the then Justice Minister Michael McDowell said the committee .. "have no idea whatsoever

politics
Dundalk FM is inviting all Candidates in the Louth Constituency to take part in a cross candidate debate provisionally scheduled for Wednesday 29th January, with a further panel on Friday

politics
2
On January 21 1919 , Dáil Éireann sat for the first time at the Mansion House in Dublin and declared its independence from Britain which would begin a two and

fantastic to see so many young people standing up for life . very heartening . well done to all

A LARGER COUNTRY/CONTINENT under laws written after WW1/2 ( Haig Convention ?) cannot send refugees to a SMALLER ISLAND. IT IS WRITTEN AND AGREED UNDER A UN CHARTER. ITS ILLEGAL FOR A LARGER  POPULATION TO GO TO SMALLER. So,the legal system ignores this,as does Dopy Dail,Useless EU,and breaking their OWN LAWS, the DEVILS UN. And nothing is/will be done about it? Besides knowing that the majority are false claims,CHECK IT YOURSELF,the useless eu ILLEGALLY allows these so called refusegees to c

if anyone can sort out the gang problems in Tyrrelstown and Balbriggan etc its Gemma o'doherty , if people want to sort out the housing crisis then gemma o'doherty is the woman to stop mass uncontrolled immigration and crime .
10

john and gemma both great patriots . would love to see them both elected .
20

i agree Ivaus , gilroy is a fighter , also he knows the legal system inside out at this stage and would make a great politician fighting the corner of the ordinary folk
10

brilliant . dun laoghaire wont do much better than john waters . a great intellect with outstanding acumen
40