Apr 22, 2020
Media playback is not supported on this device
thetricolour.com

Apr 17, 2020
World Professional Darts Corporation chief Barry Hearn says he is "firing on all cylinders" after a heart attack.He praised the NHS and is helping to oversee Friday's launch of the PDC's 'home tour', where players compete from their homes."I'm fine. With all the problems in the world, mine is not
thetricolour.com

Apr 17, 2020
Saturday was supposed to be the start of this year's World Championship.But like so much of the sporting calendar, the championship has been postponed because of the coronavirus pandemic.Starting on Saturday, BBC Two will showcase 17 days of unforgettable, classic matches that took place at Sheffield's Crucible Theatre.Stephen Hendry
thetricolour.com

Apr 8, 2020
World Snooker Tour and Professional Darts Corporation chairman Barry Hearn is in "good spirits" after suffering a heart attack on Sunday.Hearn, 71, is set to return home on Wednesday after having surgery.His son, boxing promoter Eddie Hearn, posted on social media: "My dad was taken to hospital on Sunday after
thetricolour.com 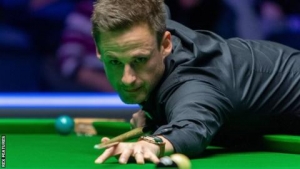 Mar 30, 2020
World number 11 Dave Gilbert says snooker players need the World Championship to go ahead, even if it is in September.The event, due to take place at the Crucible Theatre in Sheffield from 18 April to 4 May, was postponed because of the coronavirus pandemic, with organisers hoping to reschedule
thetricolour.com
more Snooker ›

Hurling is dominating the agenda in the south east again and Damien Fitzhenry believes that Wexford will develop further in the coming weeks and months under Davy Fitzgerald.

Saturdays Leinster Championship encounter involving Wexford and Galway carries interest and intrigue with Fitzhenry acknowledging the significance of the match.

It is the game of the year so far for ourselves, Fitzhenry admits. We have a huge task ahead to take Galway's scalp and the only thing that is in our favour is that the match is below in Innovate Wexford Park.

Look, these are the teams that you have to put yourself up against - the All Ireland champions - it is a great year to be doing it. This weekend is a huge game and if we win it, I think we are looking at a Leinster Final, if not we will have to go to Nowlan Park. So we have two big games in the next two weeks.

During the past year and a half with Fitzgerald at the helm Wexford have shown serious signs of improvement with a pleasing level of consistency acquired. A talented crop had demonstrated their ability in the underage ranks and Fitzhenry, an All Ireland winner in 1996, felt that something would stir at senior level eventually.

I suppose looking at the last number of years we were reasonably close, Fitzhenry states. We are probably four or five players short of challenging for All Ireland honours.

We probably just aren't there yet, at the minute. If you look at the Galway team, they have a strong middle with excellent hurlers.

We are probably missing a few, but it is great to see Wexford coming up against these teams. Last year we got into a Leinster final, we hadn't been in a Leinster final for a long time. I know Galway beat us and we will be looking to change that this year.

Fitzhenry accepts the manner in which Fitzgerald has boosted the panel and the game in Wexford, but he is adamant that they can make further strides.

Davy Fitzgerald and Damien Fitzhenry pictured together in 2015.

"It is a big help to have somebody like Davy Fitzgerald over the team, Fitzhenry says. He still has to come up with the goods over the next while. He has been there for 18 months and he now has to produce a bit of silverware.

In the years before Davy arrived, when Liam Dunne was over the team we got to All Ireland Quarter-Finals which is probably the same level as we were last year. It is up to him and to the players to take it an extra step to get to that level.

Despite rarely meeting during their playing careers Fitzhenry is respectful of the graft and hours the Sixmilebridgeman puts into the role. No, I didn't come across him that much when we were playing, Fitzhenry recalls.

I met him at different occasions more so outside of the hurling end of it. He is there, he is doing a good job, he is putting a lot of time into it. I'm sure he is leaving no stone unturned.

Wexford endured some tough times since 1996, but Fitzhenry is adamant that a significant investment in youth must be made in order to ensure there is a bright future within the county.

There is no doubt that when you see ourselves in '96 we had a few years after it, but we then, of course, had some lean years too, Fitzhenry remarks.

We are coming back now to see the fruits of a lot of work done at underage over the years. That is of huge importance to keep it going. All you have to do is to look at the Cork set-up.

"Last Sunday when you see John Meyler, who is over the team, I think he has 10 of last year's Under 21 panel involved in his senior panel this year. That is the way forward.

We have to bring on the youth, to get them involved. The best way to do that is for the current team to go well, to get the hype up within the county, to have them lads wanting to be part of it, and to play to that level.

May 27, 2020
1
Irish Prime Minister Leo Varadkar has denied breaking the lockdown rules after he was pictured attending a topless barbeque in a sunny Dublin park with his partner and two other friends.On Monday, a spokesman said that that the Europhile Irish leader broke no laws, breached no regulations and observed public
thetricolour.com

CharlieMay 9, 2020
31
Latest figures from the health protection surveillance centre show 22,541 confirmed cases of Coronavirus in Ireland with 1,429 deaths. Dublin has the most confirmed cases with 10,885 cases followed kildare with 1,312 and Cork with 1,199 cases. 2,915 people have been hospitalised with 373 requiring intensive care .
thetricolour.com