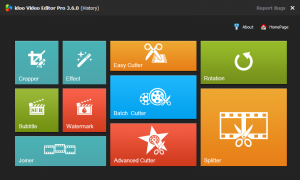 TG4 will screen a television programme with highlights, features and interviews from this years Etihad Airways GAA World Games which was held in Dublin in August.

The Etihad Airways GAA World Games took place in UCD and Croke Park earlier this year. There were 1,200 players from 56 teams playing in womens and mens Gaelic Football, Camogie and Hurling competitions. There were teams participating from all over the world including teams from North and South America, Europe, Australasia, Asia and the Middle East.

In the last 10 years there has been an almost 100 per cent growth in the number of GAA clubs operating outside of Ireland with more than 400 now in existence. As well as traditional strong holds across Britain and North America, GAA clubs now have a vibrant pulse in operation in Asia, the Middle East, right across Europe and Australia.

New clubs made up of non-native Irish people who have been drawn to, and inspired by Gaelic games is proof of the strengthening of these overseas roots.

The 2016 Etihad Airways GAA World Games brought these regions together to celebrate their passion for Gaelic Games and help them develop even further.