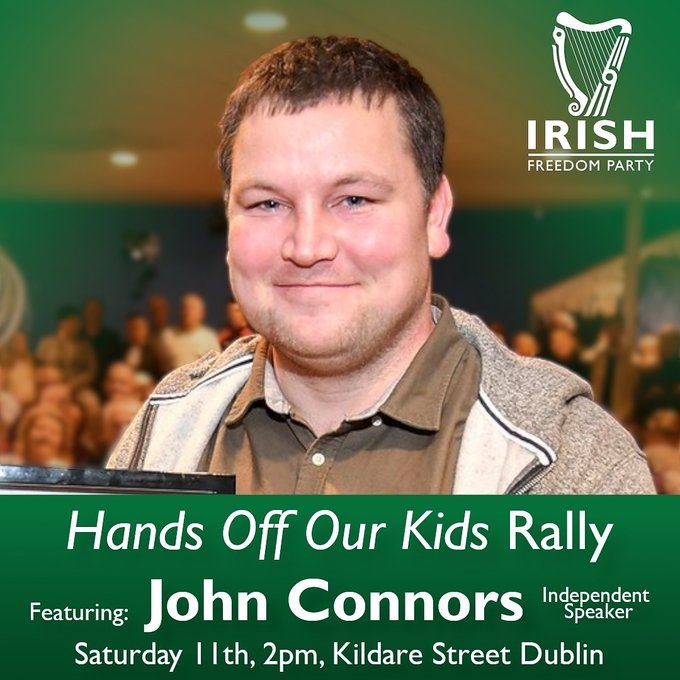 Love/Hate Actor and Filmmaker John Connors will join a number of other guest speakers at the "Hands off our kids" Rally this Saturday 11th July at 2pm outside Dail Eireann . https://twitter.com/johnconnors1990/status/1280279172095586306 In recent days , Connors has expressed his outrage at the manner in which the New Children's
CharlieJul 7, 2020
2
thetricolour.com 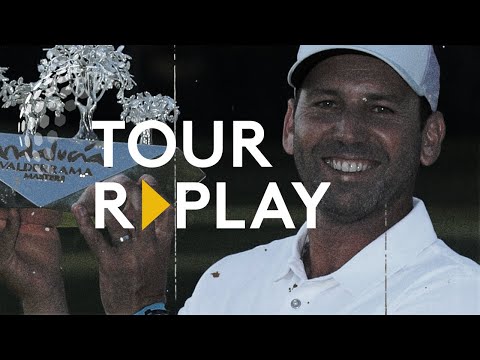 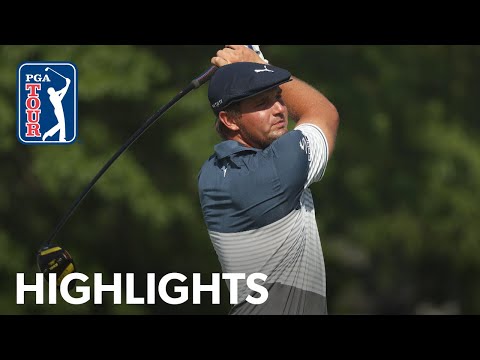 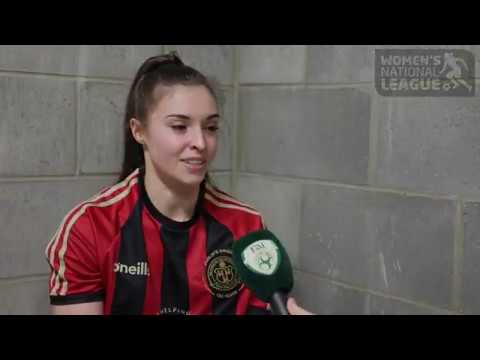 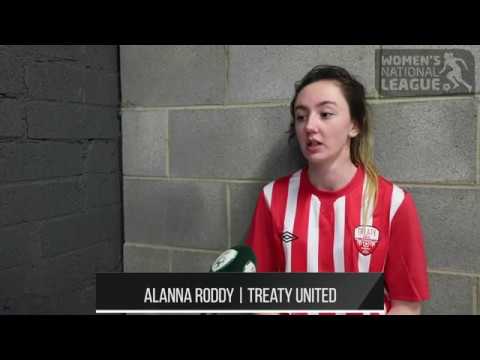 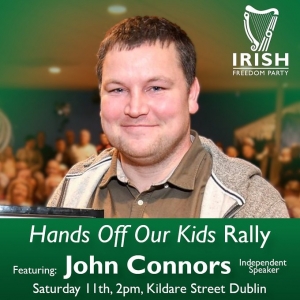 Love/Hate Actor and Filmmaker John Connors will join a number of other guest speakers at the "Hands off our kids" Rally this Saturday 11th July at 2pm outside Dail Eireann . https://twitter.com/johnconnors1990/status/1280279172095586306 In recent days , Connors has expressed his outrage at the manner in which the New Children's
CharlieJul 7, 2020
2
thetricolour.com

Saturday was supposed to be the start of this year's World Championship.

But like so much of the sporting calendar, the championship has been postponed because of the coronavirus pandemic.

Stephen Hendry and Steve Davis - who won 13 world titles between them - relive the memories of the matches they feature in.

Davis was heavy favourite going into the match having won six trophies that season including the UK Championship and the Masters.

But the underdog Knowles created one of the most memorable upsets in Crucible history, recording a huge victory.

Davis: "I had a year of being world champion and really enjoying that. I had been playing some good stuff and having a great time winning events but all of a sudden, as it got closer, I started to feel the pressure of what has now become the Crucible curse - where any first-time winner finds the next year more daunting than actually winning it for the first time.

"Tony Knowles got off to a good start. He was always a good player when he was on form, and he when he got in a rhythm he was a great player. All of a sudden everyone got excited. I slipped a few frames behind and instead of digging in I just collapsed.

"The whole match for me was just wanting the ground to swallow me up so I could get out of the place. It was a pretty weak mental performance but Tony played his part.

"It was a learning curve but I just remember it being horrible and desperately wanting to try to get over it and for the next season to start. Nobody likes to be sitting there getting soundly beaten and, of course, everybody quite enjoyed the fact that the odds-on favourite was getting his bum smacked. That made it doubly hard because I sensed the glee in the room."

Davis was the only player to have won the title twice in Sheffield and was attempting to become the first player to successfully defend it.

White was looking to add the World crown to the Masters title he had won four months earlier but there was disappointment in his first Crucible final.

Davis: "I had started to win a lot of matches by big distances. Not just winning but dominating to the point where I had sessions to spare.

"Being 12-4 up overnight I didn't have a very good night's sleep because the problem I had was that being that far ahead you can do no better than that. You try to keep an approach of business as usual and look to share frames, but the temptation is to go 'what if the other guy comes back?'.

"Obviously everyone is willing Jimmy to come back and he came out all guns blazing and I went into my shell again, looking over my shoulder and waiting for Jimmy to catch up. Instead of playing the game, playing the balls and the table, I was like a rabbit in the headlights.

"In the last few frames, even though they were tense, I played more competitively. I missed a couple of easy balls and in the end I sort of fell over the line so it was more of a relief to win that match."


The 'black-ball final' has to be the greatest match of all time. It finished well past midnight and was watched by an audience of 18.5m on BBC TV.

Davis, a three-time winner and world number one, was expected to beat 36-year-old Taylor with ease, especially after opening up an 8-0 lead.

Remarkably, Taylor fought his way back, forcing a deciding frame and the rest is history.

Davis: "It's still an iconic final and one I am still synonymous with even though I lost. In one respect I look at it and go, 'I was 8-0 up and that's awful,' but what's done is done.

"I was 8-0 up and 9-7 up overnight and day two was just a fair fight effectively and we both scrambled our way towards the finishing line. It wasn't the greatest snooker in the world but it doesn't have to be to be exciting. Both of us were like gibbering idiots by the end.

"The last frame wasn't exactly wonderful snooker. I missed a pink early on and that was horrendous. I watched the final frame recently and I can accept missing that black but that pink I missed when I was among the balls was terrible. My jaw just dropped and I just thought, 'how on earth did I miss that?' I was plum on it. But that's what pressure can do.

"Dennis rarely gets the credit for it but he was playing some of the best snooker at that time. He had a purple patch for a couple of years where he was as strong as anyone in the game. He showed great fighting spirit in that match and when the dust settled his name is on the trophy.

"For months after losing to Dennis I was bereft of enjoying the summer months and was waiting for the new season to start to try to help me get over it."

After the drama of the previous year's final, Davis was expected to crush the 150-1 outsider from Bradford but Johnson defied the odds by producing one of the major shocks in Crucible history.

Davis: "I had always known from the amateur days how great a player Joe was and it was always a surprise to anyone in the game that he hadn't produced a better standard as a professional because we all knew how talented he was. 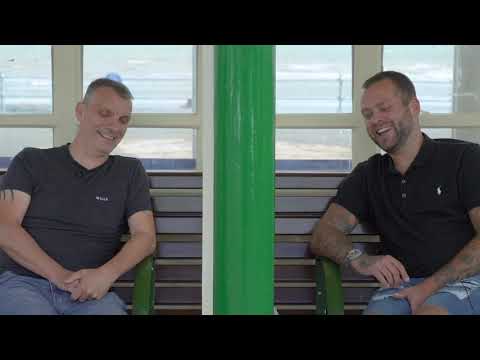 Talking Snooker with Jon McClure | Make Yourself At Home 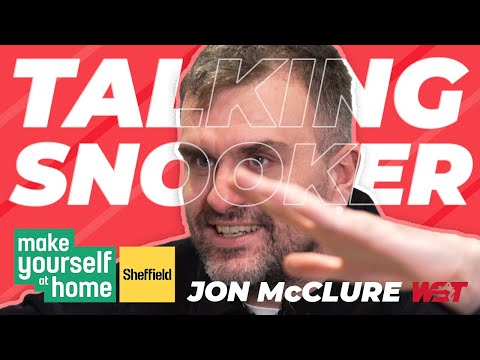 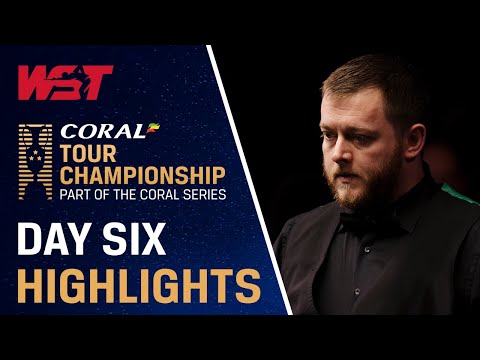 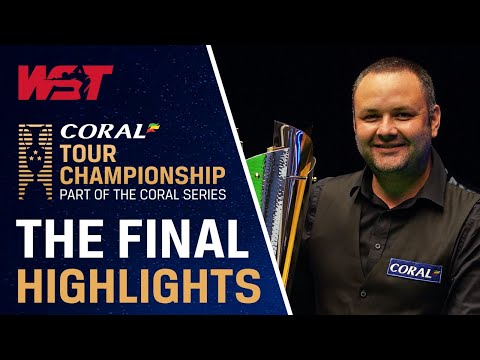 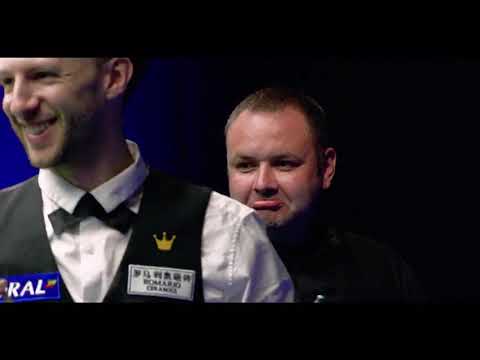 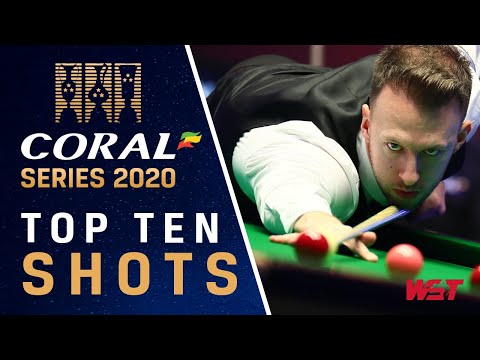 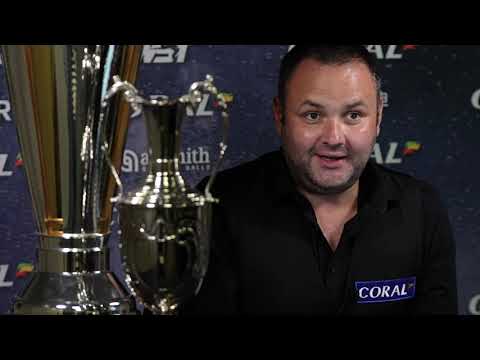 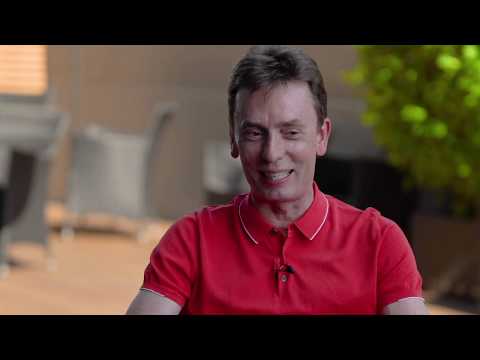 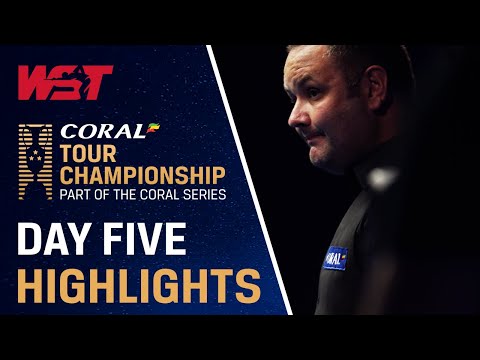 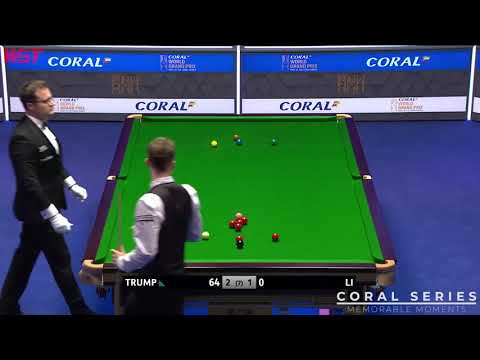 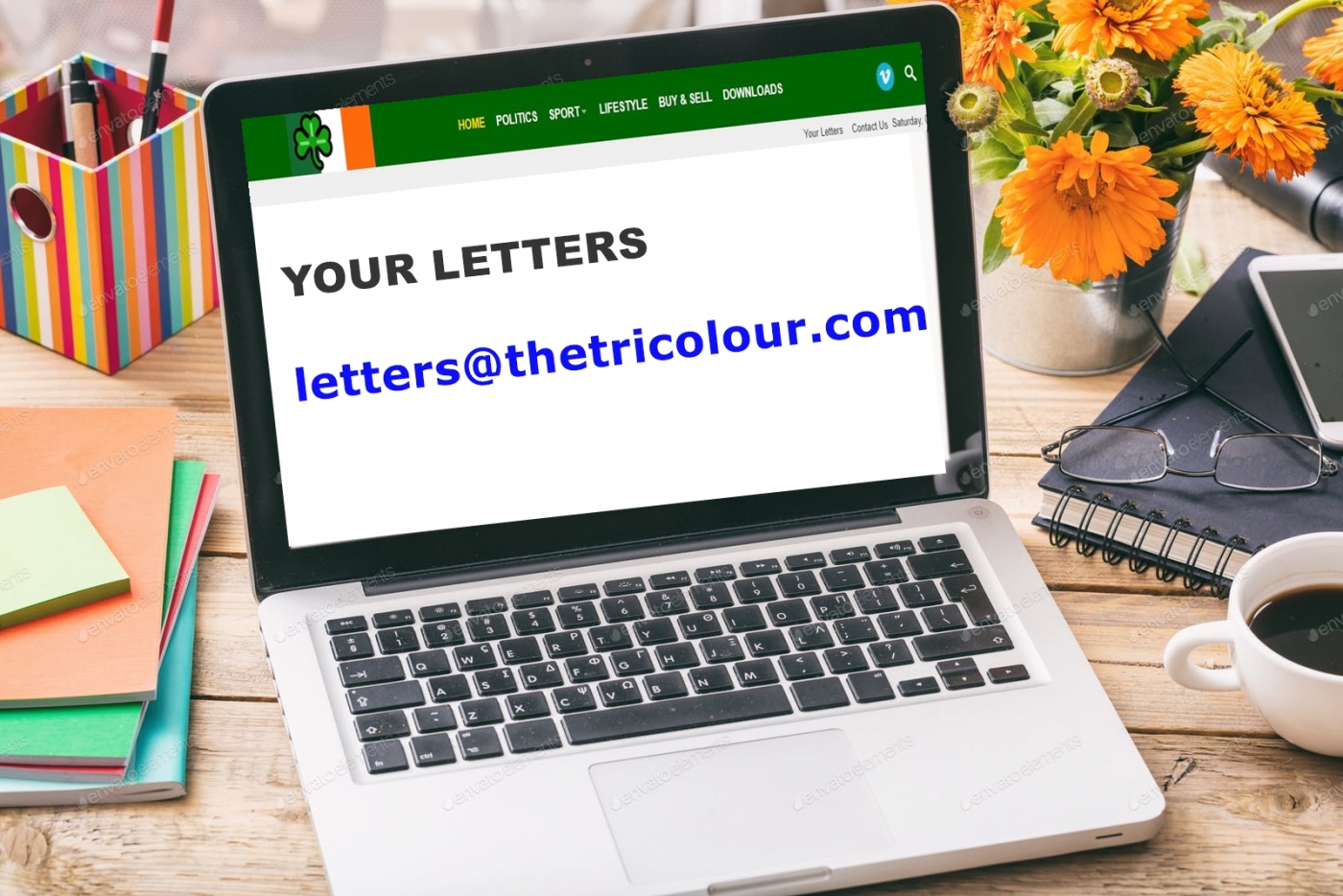 Letter to Editor 31/01/2020 Hello good people. I am a Brit ex pat, presently resident in Brasil, where sadly Guinness is hard to come by. (hee hee) Born of Ulsterman Father and Dublin born Mother. Mixed religion. Aged 63 I witnessed many of the 'Troubles' in the North. I used to spend my school summer holidays on my Uncles farm in County Down. How times have changed. I too complained to the BBC about its' coverage of Brexit and its' so,so,so PRO remain stance. So much did I complain, I am now banned from complaining? The main reason the BBC banned me was
Letters to EditorFeb 1, 2020
1
thetricolour.com

Letter to Editor 20-11-2019 Dear Editor , I just wanted to write to you about asylum seekers and direct provision. Figures from the department of Justice show there were 3,762
Letters to EditorNov 20, 2019
2
thetricolour.com 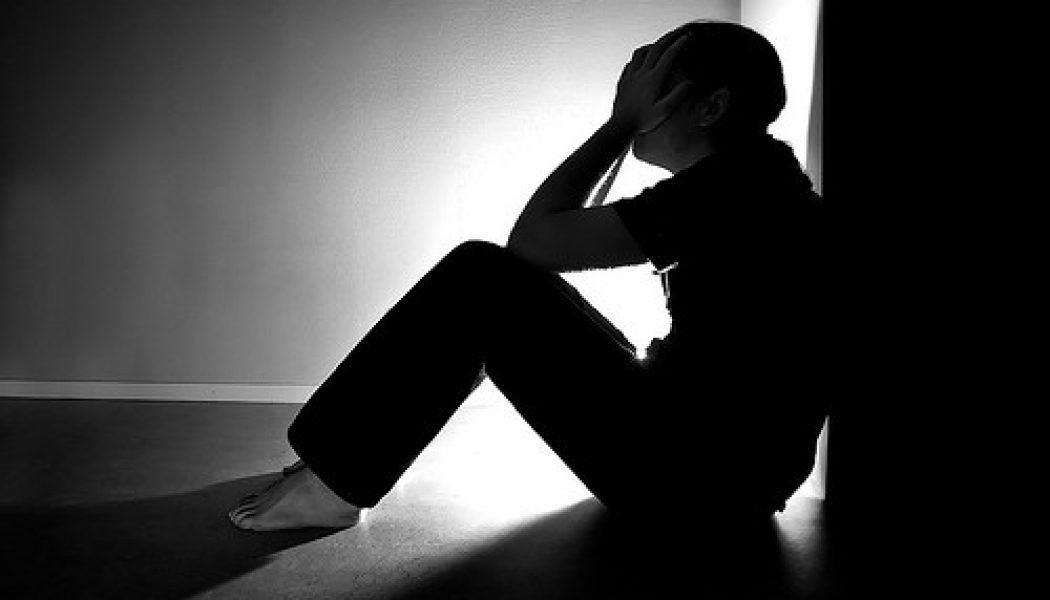 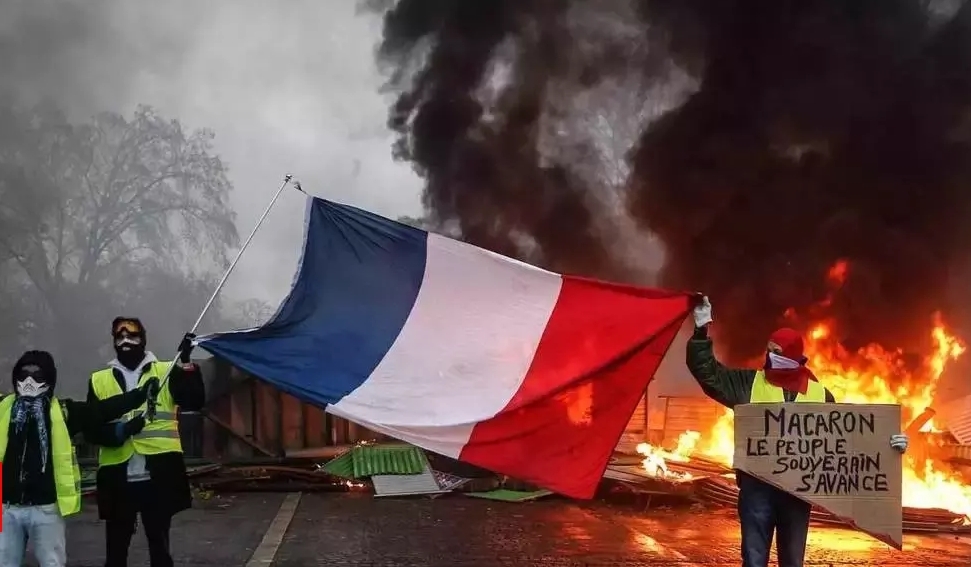 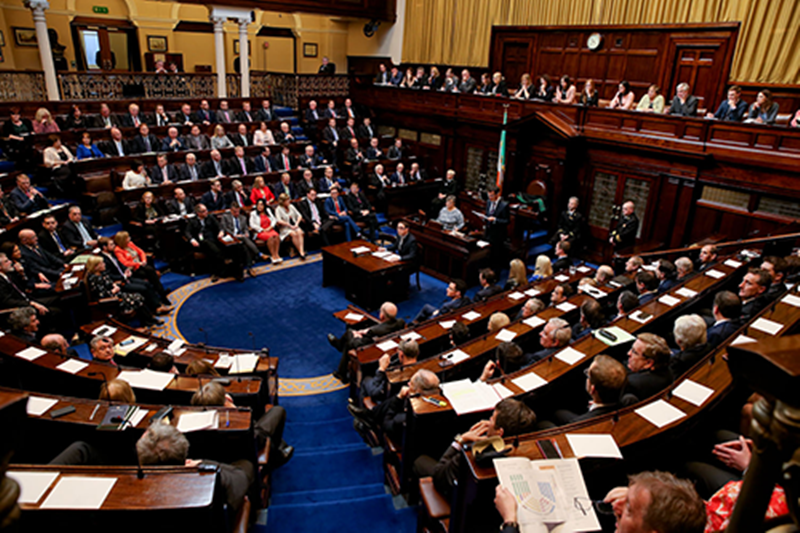