Aogán Ó Fearghail: 'The flag and anthem are very valued'

Uachtarn Chumann Lthchleas Gael Aogn Fearghail has clarified comments made regarding flying the flag and playing the anthem at venues throughout the country.

In an interview on RTE Radios Saturday Sport Programme Fearghail stressed the importance the GAA places on its culture and heritage.

They won't be scrapped, that is for sure, Fearghail commented about the flag and anthem. I was asked a question in the context of World GAA and the question I was asked was when we go around the world our flag flies happily alongside the flags of every nation.

It never causes an issue anywhere. A journalist at the interview simply asked me about that, I said there was no issue with the flag flying around the world, the only place where it has ever caused some issues is back in our own country.

I was asked a further question from a journalist, would the GAA change its position at home regarding flying the flag and playing the anthem, I replied we wouldn't, that it was very much part and parcel of our culture, it was very much valued by us and that it was a key part of our heritage and it will remain.

In those new political realities which hopefully will happen, who knows what may happen in the future? That was very much in the realms of speculation as to a new future."

When asked whether the GAA might stop using the flag and anthem Fearghail replied. Absolutely not and I specifically said that. It was accurately reported in some of the papers, some of the headlines didn't reflect what I said.

The GAA would never take a position like that in advance of agreements, we wouldn't be making the agreements, again I stressed that.

These are for politicians and the people to make. The GAA are very committed and very clear, the flag and anthem are very valued and precious parts of our culture and games. They will remain very strongly part of our culture and games, both within Ireland and around the world, but none of us know what will happen in the future, particularly and hopefully if there is a time when there is a new, unified, and agreed Ireland.

That may well be a new scenario with a different situation, different things happen. In advance of that happening there will be no change to the GAA position.

John Hegarty: 'The league is crucial'

GAADec 9
By Cian O'Connell New Wexford senior football manager John Hegarty wants to generate momentum in the Allianz Football League.Hegarty, who made a significant coaching impact with Shelmaliers, is eager to enjoy a productive league campaign."As a first year in management it is all about building momentum and getting things going,"
thetricolour.com 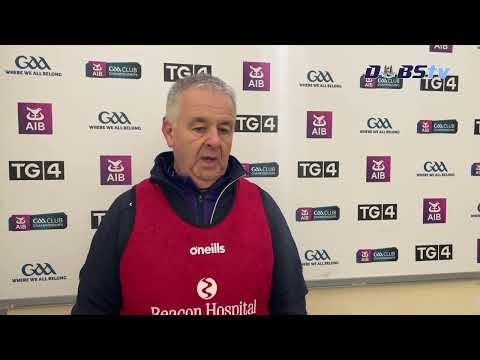 GAADec 8
The GAA, LGFA and Camogie Association today announced the next phase of training for Club Officers as part of the Club Leadership Development Programme CLDP. The programme, created and organised by the volunteer-led Officer Development Committee, features a range of live webinars, in-person workshops and online resources such as webinar
thetricolour.com

GAANov 30
By Cian OConnell On the eve of the 2023 inter-county season Waterfords Austin Gleeson is delighted to be embracing a new challenge.Collective training has resumed for panels throughout the country with Davy Fitzgeralds arrival as Waterford manager adding another interesting dynamic.Gleeson has already been struck by Fitzgeralds combination of purpose
thetricolour.com
more GAA ›