looking for a Roadmaster Mobile Home size 28x10 ft in good condition and cheap Thanks
530 days ago
Wexford
Wexford
thetricolour.com

One of the most anticipated weekends of the GAA calendar in the USA, the USGAA Finals takes place this weekend.

Gaelic Park in Chicago will host the quarter-finals on August 19 with the competition culminating with the championship games on August 21st.

120 teams will participate from Junior D up to the Senior Grade in all codes mens and ladies football, hurling, and camogie in whats the largest ever USGAA Finals in the history of the competition.

USGAA is comprised of 10 divisions with more than half running out championship competitions from May to August to battle it out for a spot in the USGAA Finals in a different location each year.

USGAA Finals are a weekend where divisions and clubs get to showcase all of the development that they have been working on throughout the year, says USGAA Chairperson, Bernie Connaughton.

With over 120 teams traveling to finals this year, it is a credit to what the divisions have been doing to develop Gaelic Games in the US.

The USGAA looks forward to showcasing that we are a very strong international unit within the GAA that has competitive games year after year and as we continue to grow our homegrown contingency to over 50, we will continue to cultivate Irish culture within the US, while getting stronger and growing our presence internationally.

USGAA is comprised of 10 divisions with more than half running out championship competitions from May to August.


In advance of the National Finals, USGAA have announced the naming of a number of National Championships after individuals who contributed to Gaelic Games in the US.

While Gaelic Games in the US has grown exponentially in the last 15 years, without the dedication and work of our past members, the foundations for that growth would not have existed," says Connaughton.

As we continue to develop and expand as an organization, it is only fitting that we recognize the importance of their contributions to our success.

Mickey Cavanaugh hailed from County Mayo and emigrated to Philadelphia in the 1950's, where he managed a number of bar-restaurants in the Philadelphia area with his brothers.

In 1959, the historic first meeting of the North American County Board took place in one of these bars. Along with others such as John O'Brien, Fr. Peter Quinn, Dan O'Kennedy, John Hehir and Jack Courtney, Mickey Cavanaugh was part of the formation of the first Committee of the NACB.

Initially working behind the scenes, and later as NACB Chairperson, Mickey led the drive to get all GAA clubs to join the NACB, overcoming many obstacles for the fledgling national GAA organization.

After serving as NACB Chair from 1960-63, and later as Honorary President, Mickey remained active in the Philadelphia GAA scene until he returned to his native Mayo, where he operated a hotel for many years.

Originally from Castlebar, Co. Mayo, William Bill Garvey emigrated to the US in 1920 and became instrumental in the early growth of the North American Board.

After settling with his wife Margaret in Mendon, New York, Bill was a founding-member of the local Rochester Harps club in 1950. As its first Club President, Bill became a leading figure in the Midwest GAA league throughout the 1950s.

In 1959, Bill became the first Treasurer of the newly formed North American Board, a role he held with distinction from 1959-1962.

Sean Gannon was born in Acres, Newport, County Mayo, where his love of Gaelic football was born. There he played for his local club, Burrishoole, featuring on the Mayo Minor team before emigrating to the U.S. in 1962.

Once in Cleveland, he joined the St. Pat's football club, who he assisted in winning 4 North American Senior Championships in 5 years, a record at that time. In addition to playing for the St. Pats team, Sean was instrumental in spreading his passion for Gaelic Football to many young people, including his son, Sean, and three daughters who were on the first Cleveland Ladies' team, Elizabeth, Siobhan and Mary. Numerous nephews, nieces, and grandchildren have found a passion for this game because of Sean.

Away from the meeting-rooms, Sean devoted countless weekends to cutting down trees and removing stumps, in order to secure the future of Gaelic Games in the Cleveland community, in the form of a pitch at the West Side Irish American Club. Prior to the advent of live-streaming of GAA games, Sean worked with Satellite Broadcasters to bring GAA games to the Irish Community in Cleveland.

In addition to being long time Chairman of St Pats, and serving on the Midwest Board, Sean was Chairman of the North American Board in the 80s and early 2000s, while also holding the position of Registrar in the 1990s.

Despite passing from chronic birth-related illnesses at the ages of 17-years and 26-years young, Stephen and Jason Breen were well known in the Philadelphia and North American GAA community. 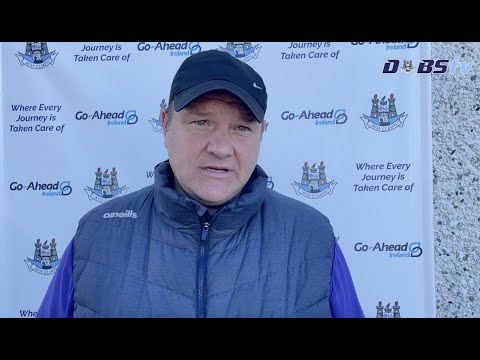 GAASep 26
Up to 500 players and mentors will take part in the annual Gaelic Football & Hurling Association of Australasia State Championships which begins this Thursday in Melbourne and is played over three days.The GFHAA State Championships have a rich history going all the way back to 1971 when the very
thetricolour.com 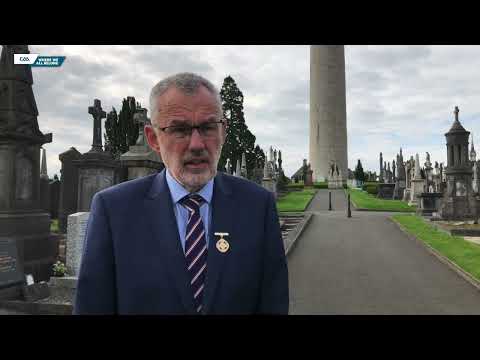 The GAA marks the 175th anniversary of the birth of Michael Cusack.

Tullamore preparing for another Offaly decider

GAASep 22
By Cian O'Connell Something is stirring in Tullamore GAA again. Important matches are arriving thick and fast at OConnor Park, the locals wouldnt have it any other way.Having occupied a number of roles in the club, Paul Dillane is now chairperson of the proud Tullamore club, who contest an Offaly
thetricolour.com

GAASep 21
The three Gaelic Games Associations are conducting a survey of young players in Gaelic Games designed to better understand the experiences of players in the 13-19 age cohort across all codes.The survey will cover topics such as the teams they play for, how often they take part, the coaching environment
thetricolour.com
more GAA ›

GAASep 25
Derry SHC Final Slaughtneil 2-18 Kevin Lynch's 1-8By Declan Bogue at Owenbeg That most title-hungry of clubs, Slaughtneil, went ten in a row in the Derry senior hurling Championship with a second half blitzing of Kevin Lynchs, outscoring them 2-13 to 1-2 after the break.Two of their starting team here,
thetricolour.com

GAASep 25
Kildare SHC Final Naas 0-20 Maynooth 0-12By Ger McNally at St Conleth's Park James Burke scored 0-10 as Naas saw off Maynooth to lift their fourth successive Kildare Senior Hurling Championship in Newbridge.Maynooth were playing in their first final since 1943 and were massive underdogs against a team who beat
thetricolour.com 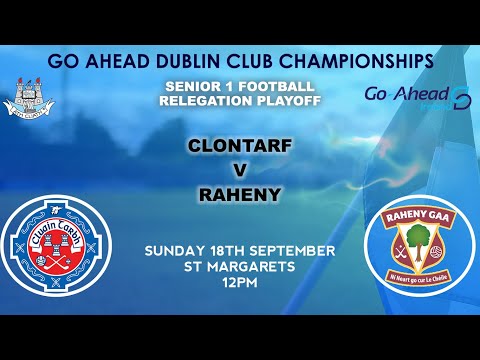 GAASep 25
Tullamore Court Hotel Offaly SFC Final RHODE 1-9 TULLAMORE 0-11Kevin Egan at OConnor Park The 2021 Offaly senior final, when Tullamore overcame Rhode in a replay, looked to many like a changing of the guard. Rhode, as befitting a club that has dominated the Offaly scene this millennium, raged against
thetricolour.com 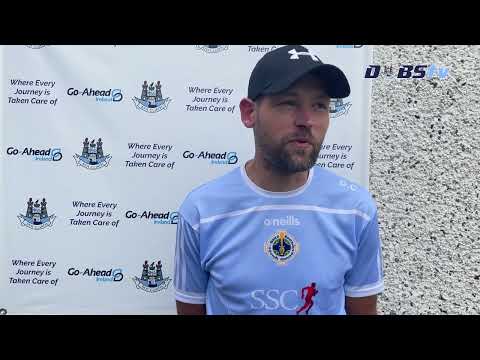 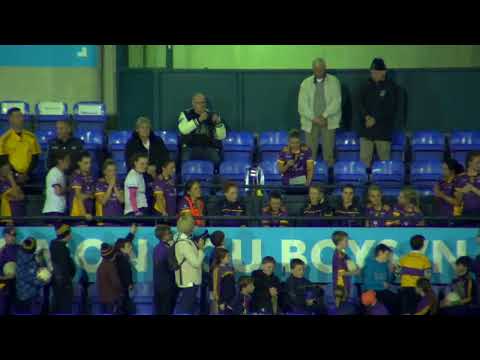 GAASep 21
The three Gaelic Games Associations are conducting a survey of young players in Gaelic Games designed to better understand the experiences of players in the 13-19 age cohort across all codes.The survey will cover topics such as the teams they play for, how often they take part, the coaching environment
thetricolour.com 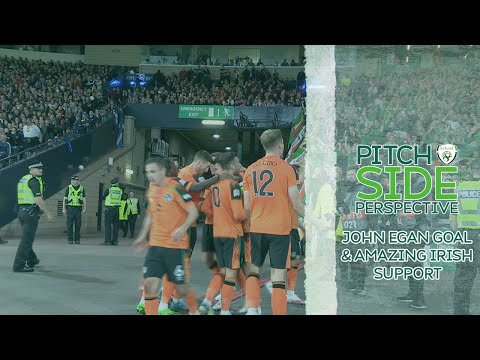 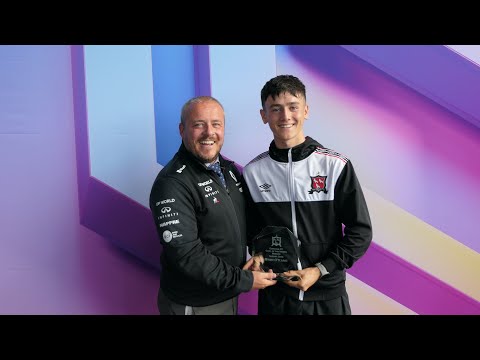