Its rare that a sportsperson will tell you a cruciate ligament injury reignited their love of the game.

That was the case for Limerick and Newcastle West star, Cian Sheehan, who ruptured his while in the USA in 2019.

He went travelling because he had fallen out of love with football and needed a break from the inter-county game.

It was ironic so that he suffered the injury over there while playing his first game of football in quite some time.

He opted to come home to Ireland for surgery, and that ultimately opened the door to a return to the Limerick panel.

Hes never looked back since, his steadily rising graph culminating with a series of outstanding displays in League and Championship this year that earned him well-deserved PwC Football All-Star nomination.

When I came back to Ireland and got surgery on my cruciate a couple months later, Billy Lee rang me and asked me to come back into the Limerick squad and just be a part of it and get involved, recalls Sheehan.

Just chatting to the lads and doing my rehab in conjunction with the lads doing training definitely helped.

I was maybe eight months into the rehab and was back in contention to get on the match day panel and then Covid hit which gave me another a couple of months and thankfully I went from strength to strength from there.

I suppose I fell out of love with the game for small bit there but following the cruciate I've just become obsessed with football. I wasn't like that when I was younger and on county panels.

I've applied myself a lot better and obviously I'm more mature and more tactically aware. Physically I've built on that. So I'm in a place now where I haven't enjoyed football as much before in the past.

I still feel there's massive scope physically and technically to improve. I'm looking forward to pushing on in that regard as well, so hopefully next year would be another improvement.


A key player in Limericks two League promotions in three years, Sheehan has been just as influential in that time for his club Newcastle West who have reached Saturdays AIB Munster Club SFC Final on the back of winning three of the last four Limerick Senior Football Championships.

The club are reaping the rewards of putting a big emphasis on coaching and games development, with their policy of promoting their own coaches from within really paying dividends.

"In terms of the club as a whole, it's definitely building for the last couple years, says Sheehan. We've a great crop of under 20 ones coming in there now.

Last year and this year we were trained and managed by all Newcastle West people which is unique in Limerick.

There's not too many clubs that have all trainers that are from the same club. A lot of them reach out to lads from Kerry which we have done in the past too. There's a great buzz and a great culture shift over the last couple of years.

Weve a real mix of ages in the panel but in training you wouldn't really know that there was all these different gaps because everyone just gets on very well. We've had plenty of craic in training.

We're well able to call each other out. Even if you're young and just in the squad you have the ability to stand up and call out someone else and vice versa. I think we're very comfortable with each other which in the past we may not have been so it's great to see.

That togetherness has been very apparent during Newcastle Wests run to Saturdays provincial final against Kerins ORahillys of Kerry.

Both the Limerick County Final against Adare and the Munster semi-final against Clonmel Commercials went to extra-time, with Newcastle West twice showing great resolve to finish the stronger team.

Yeah, it's something we wouldn't be known for in the past, says Sheehan.

We'd be known as a townie team where if you pin them to their collar, keep it close coming into last stretch, they'll probably fold.

The last number years, I think we changed that and this year it's definitely proven.

I don't think it's something we've talked as a collective as specifically to get over tight games. In Limerick we'll always come against teams that will just pack the defence and it's gonna just be a tight game anyway and I suppose we're getting more and more experienced in it.

It's something that Stephen Kelly would work on in training. He gives us a scenario and tells us last play of the game, down a point.

GAAJan 14
AIB All-Ireland Club IHC Final Monaleen 1-17 Tooreen 1-15By Colm Gannon at Croke Park Monaleen are heading home as All Ireland Intermediate Club Hurling Champions after a thrilling contest in Croke Park against Tooreen.The Limerick men didnt lead in the game until the 53rd minute of the contest, but when
thetricolour.com

GAAJan 22
By John Harrington Glen manager, Malachy ORourke, admitted losing todays AIB All-Ireland Club Football Final to Kilmacud Crokes was heart-breaking.It was a game of very fine margins and he felt his team didnt take enough of the chances that came their way.Look it you never like using devastation when it
thetricolour.com 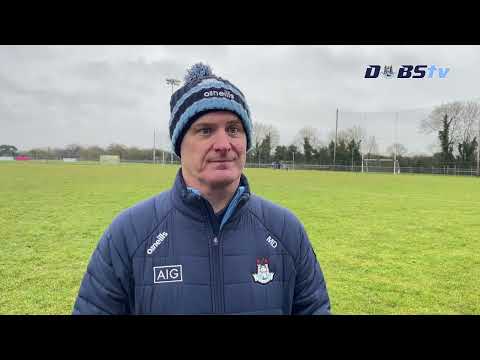