Both Kilkenny champions OLoughlin Gaels and Dublin champions Cuala have hurled some great stuff to make it this far, and its hard to imagine this clash will be anything other than a titanic struggle.

Cuala have a formidable array of current or former Dublin senior hurlers in their team in the shape of Cian OCallaghan, Oisin Gough, Darragh OConnell, Colm Cronin, David Treacy, and the Schutte brothers Mark and Paul.

Dublin senior footballer, Con OCallaghan, is also a serious weapon for them and has scored 5-6 from play in his last two matches.

OLoughlin Gaels dont have quite as many star names, but theyre a nicely balanced blend of up and coming young players and canny veterans like former Kilkenny players Brian Hogan and Martin Comerford.

As a club they experienced a dip in fortunes after losing the 2011 All-Ireland Final to Galways Clarinbridge, but Martin Comerford believes theyre a serious force again now.

In fairness we've been very, very poor in '12, '13 and '14, he says. Last year we got to the County Final. We'd a new trainer involved, Michael Comerford. He brought a new lease of life to some of our players, a new motivation to the team and a new way of thinking with regard to training.

We got to the Kilkenny final against Clara last year - we were beaten by the better team on the day, just by a couple of points in the end. But after the match we said in the dressing room that we'd come back and give it a hell of an effort the following year.

We did and I really think that defeat stood to us in the County final against the Shamrocks. We had a never say die attitude on the day and to beat Ballyhale Shamrocks is no mean achievement because they've a brilliant team, brilliant players throughout their team.

Our younger players really stood up in the second half and delivered a fantastic performance.

For the second year in a row, Cuala go into the Leinster Final as slight favourites.

That was a status they seemed to struggle with in last years Final because they were blown out of the water by Oulart-The-Ballagh in the first half and went in at half-time trailing by eight points.

According to Con OCallaghan, theyll be better prepared mentally this time around for that sort of intensity.

They had come from losing a good few finals and they probably saw weaknesses in our game. They fancied themselves probably much in the same way as OLoughlin Gaels will.

At the end of the day, its irrelevant. Its down to performance on the day.

It was notable in both games that even when the result was already assured, team-manager Mattie Kenny drove his team on relentlessly from the side-line. The former Galway selector is a tough task-master, but the Cuala players are happy to follow his orders.

Mattie is an incredibly ambitious guy and last year, he might not have stayed with us unless he saw that we were as ambitious as he was, says OCallaghan.

And he is not happy to settle for anything less than success. He thinks very deeply about the game, he would have studied all the teams we played against and knows all about their top players.

Mattie just brings a certain atmosphere to training and he expects an awful lot from us, as any good manager has to. He knows what he wants and he will do anything to get it.

He is very good at identifying what we need to improve on and he is relentless on making us improve on those things."

GAANov 16
By Cian O'Connell Michael Murphy, one of Donegal's greatest ever footballers, has retired from inter-county action.The Glenswilly clubman announced his decision on Wednesday evening following a glittering career with Donegal.Murphy made his senior debut for Donegal as a 17 year old in 2007, enjoying a productive career at the highest
thetricolour.com

GAANov 13
AIB Ulster Club SFC Quarter-Final GLEN: 3-10 ERRIGAL CIARAN: 1-12By Declan Bogue at Celtic Park Derry's Glen booked their place in the Ulster semi-final with a commanding performance in the second half to sprint past Errigal Ciaran in a frantic finish.The Tyrone champions looked the better side throughout the first
thetricolour.com 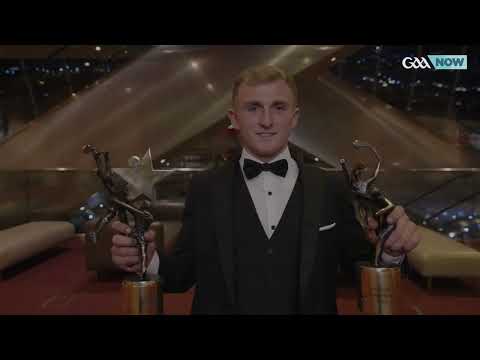