This unit is a stunning bespoke, hand made kitchen. For sale due to renovations. This kitchen originally cost 40,000 and includes an array of cupboards draws and storage solutions as well as an large island with white quartz Silestone counter top. Viewings are possible so feel free to get in
734 days ago
Dublin
Dublin
€6,000
thetricolour.com 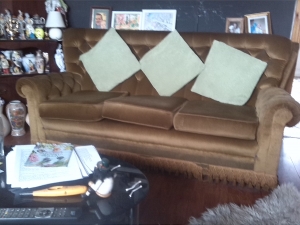 I need a tumble dryer in good working order . thanks if anyone is giving one away
1498 days ago
dublin
dublin
thetricolour.com

Hi , I'm looking for a good mountain bike , carlow area .  if anyone has one they no longer use , thanks .
1621 days ago
carlow
carlow
thetricolour.com

good day, everyone, if anyone who have freezer drawer same as picture and u dont need it or if u can sell for me, please contact me, dont need to be in dublin, if u can post it to me or any way, i will love to know, thank you
1730 days ago
dublin
dublin
€30
thetricolour.com

Hi , Looking for a playstation iv console , if anyone has one free to give away , much appreciated . thanks
1802 days ago
dublin
dublin
thetricolour.com

Looking for unwanted sheets of plywood or similar for summer project for kids. 2 sheets is enough and slight damage is ok. Does not have to be 6ft by 4ft - half this sise is fine. Also looking for sheets of hard-card. Any help is much appreciated
1932 days ago
Dundrum,
Dundrum,
thetricolour.com
more wanted items ›
donate  and help keep the site going .

Sunday's handsome 7-17 to 0-11 success over AIB All Ireland Intermediate champions Oughterard was the latest dynamic display from Kevin O'Brien's outfit.

Elsewhere Corribside Mountbellew-Moylough edged out Annaghdown in a critical contest, while Caherlistane, Salthill-Knocknacarra, Barna, and Maigh Cuilinn were amongst other impressive winners.

In neighbouring Mayo Westport enjoyed a fine triumph over Breaffy with Lee Keegan and Aidan O'Shea involved in a keenly contested affair.

The promising Matthew Cooley netted a goal for Corofin against Oughterard at Pearse Stadium on Sunday.

The Neale made a hugely encouraging start in Group One where Ballaghaderreen enjoyed a convincing win over Belmullet.

On Saturday Ballintubber, who had talisman Cillian O'Connor sent off, were held to a draw by Aghamore.

Holders Padraig Pearses proved too strong for Michael Glaveys in the Roscommon SFC.

In Donegal Gaobh Dobhair blasted out a reminder about their considerable potential earning a 2-17 to 0-7 win over Four Masters.

Sarsfields made a smart start in the Kildare SFC, while in Westmeath Garrycastle overcame local rivals Athlone.

Simonstown Gaels proved too strong for Skyrne in Meath, while Cavan Gaels defeated Killygarry in the Cavan SFC.

On Saturday evening Patrick Horgan was a goalscorer for Glen Rovers, who cruised to a commanding win over city rivals St Finbarrs at Pairc Ui Chaoimh.

Na Piarsaigh and South Liberties earned points from their respective games in the Limerick SHC.

Following the last round of group fixtures in Wexford the draw for the quarter-finals has thrown up some interesting encounters.

Then on Sunday Faythe Harriers clash with Shelmaliers, while St Anne's and Oulart-The Ballagh will also clash at Chadwicks Wexford Park. 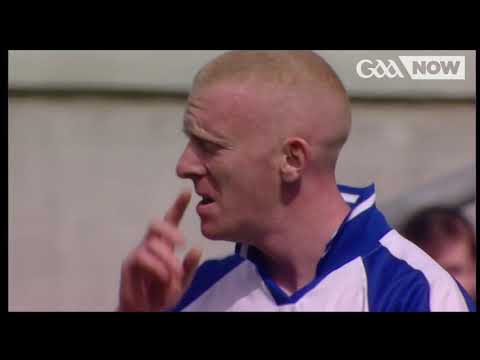