looking for a Roadmaster Mobile Home size 28x10 ft in good condition and cheap Thanks
605 days ago
Wexford
Wexford
thetricolour.com 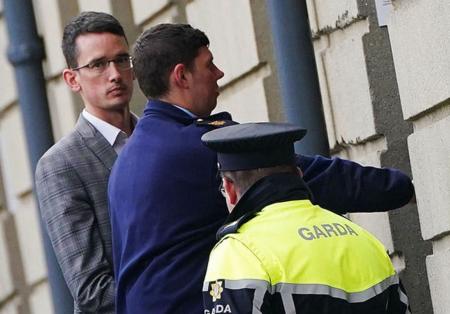 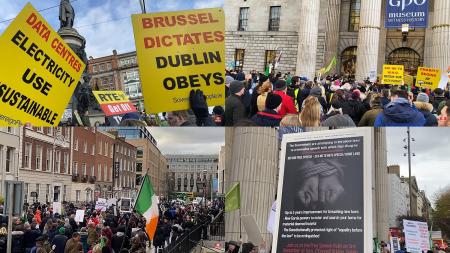 By Brendan Lawrence at Aughrim

A stunning late point from substitute Jack Kavanagh saved the day for Glenealy in a pulsating Lightning Protection Ireland Senior hurling championship final in the County Grounds in Aughrim on Sunday afternoon.

Bray Emmets, going for their fourth ODonoghue Cup on the trot, were never allowed to open up the shoulders as they had done in previous finals by superb Glenealy defending, epitomised by the sweeping Gary Byrne who was outstanding.

Glenealys renowned goal threat was never more real than in those last tense few moments as long ball after long ball rained down on top of Gavin Weir and Jonathan ONeill Jnr but the Bray defence, aided by the sweeping Padraig Doyle, held the Reds at bay and they will get another chance at the four-in-a-row next weekend.

A stop-start, opening half was exactly what the challengers Glenealy would have wanted given that they were playing against the breeze and were wary of the goal threat of a free-flowing Bray Emmets.

Michael Anthony ONeills men handled that threat extremely well, limiting the defending champions to just two points from play, both from the hurl of team captain Marc Lennon, while Matthew Traynor won almost all his one-on-one battles with Bray sharpshooter Christy Moorehouse who accounted for Brays other five points.

Traynor was not just utilised as a man marker, however. He was on the free-taking duties for any infringement within his own half and his massive bombs caused the Bray half-back line all sorts of problems with the likes of Danny Staunton, Ronan Manley and Jamie Byrne prowling for breaking ball.

The superb Danny Staunton opened the scoring from one of Traynors frees from deep, but Moorehouse struck back and would add two more to open up a 0-3 to 0-1 lead with five gone.

Glenealy steadied, helped by a stoppage, and Traynor free and Gavin Weir free leveled matters with nine on the clock.

Leading 0-7 to 0-4 with 20 gone was probably the position Michael Anthony ONeill would have taken before the game and thats where they found themselves thanks to points from Staunton, Jonathan ONeill Jnr and another Weir free.

Moorehouse steadied the ship with a free, but Weir struck back while Lennon and Moorehouse took us to the break with Glenealy leading by one at 0-8 to 0-7.

Moorehouse drew the sides level after the restart and it was nip and tuck from then until the 52nd minute when Bray began their surge for the line with three points in a row from Marc Lennon, who did almost everything in his power to get his side over the line, Moorehouse free and Mikey Boland.

But Glenealy showed their class when pulling it back to a single point at 0-16 to 0-15 with points from Danny Staunton and Weir two frees while the last chance fell to Jack Kavanagh who hoisted over a beautiful score to the sheer delight of the Glenealy faithful and the final whistle sounded soon after sending both on a collision course for next weekend.

GAANov 30
By Cian OConnell On the eve of the 2023 inter-county season Waterfords Austin Gleeson is delighted to be embracing a new challenge.Collective training has resumed for panels throughout the country with Davy Fitzgeralds arrival as Waterford manager adding another interesting dynamic.Gleeson has already been struck by Fitzgeralds combination of purpose
thetricolour.com

GAANov 30
By Cian O'Connell Reviews take place at the end of every inter-county campaign.So how does Henry Shefflin reflect on his first year in charge of the Galway senior hurlers? "I think it was captured outside, we're looking for silverware," Shefflin responded immediately."Did we get any? No we didn't. We ended
thetricolour.com

GAADec 8
The GAA, LGFA and Camogie Association today announced the next phase of training for Club Officers as part of the Club Leadership Development Programme CLDP. The programme, created and organised by the volunteer-led Officer Development Committee, features a range of live webinars, in-person workshops and online resources such as webinar
thetricolour.com
more GAA ›