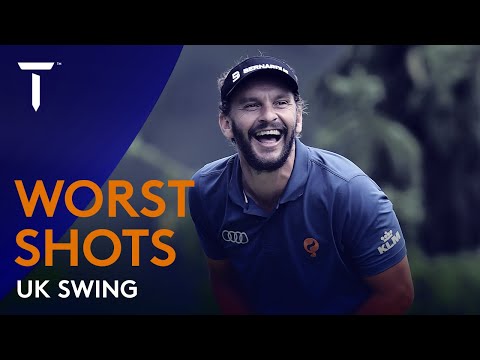 SmartsysSoft Screen Capture is a full featured screen capture software with advanced image editing utilities. It allows you to take screen shots of various regions, documents, or even specific windows on your desktop using a combination of technologies like hotkeys and its shortcut buttons. you can also edit in several ways, apply effects to enhance communication and share easily. Put text, lines, arrows, translucent shapes to illustrate your ideas easily and effectively. Save your work in popular image formats (jpg, gif, bmp, png) or email it or paste to your presentations, manuals, marketing materials, web pages. Capture any part of your PC screen, scrolling windows and entire web pages, in rectangular,
thetricolour.com
more downloads ›
donate  and help keep the site going .

World number one Mark Selby says he cannot believe he has joined snooker's greats by claiming back-to-back World Championship titles at the Crucible.

Selby, 33, became only the fourth player after Steve Davis, Stephen Hendry and Ronnie O'Sullivan to retain their crown in the modern era.

"I'm speechless to be in that group, wow," he told BBC Sport after fighting back to beat John Higgins 18-15.

"I still cannot believe I have won it for a third time."

Selby's triumph was his fifth ranking title victory of the season and extended his stay at the top of the world rankings to a 116th consecutive week.

The resolve comes from within. You either have it in you or you don't

"I was over the moon to be coming here as defending champion. I just wanted to put up a good fight," he added.

"I feel I have another world title in me. At my age, I have a good five to seven years still to play at the top and it comes down to the hunger, which I still have."

Asked how it felt to be at the top of the rankings, Selby replied: "It is great. You look at those still playing the game like Higgins and O'Sullivan, Judd Trump and Ding Junhui, and to be above all of them is an amazing feeling."

He was below his best on Sunday and another world title looked in jeopardy at 10-4 down, but a run of nine out of 10 frames turned the match around on Monday.

The comeback specialist was 10-5 down against O'Sullivan in 2014, before eventually triumphing 18-14.

"In the semi-final against Ding and the final I had to dig deep to get through," he said.

"The resolve comes from within. You either have it in you or you don't. Some people let their head go down and give in when someone gets on top of them but I know I won't play well every match."

Higgins, 41, made a 141 break in the final but wilted under pressure from his opponent and was unable to add to his four crowns.

He said: "Without a shadow of a doubt, Mark will add to his tally. He could be the challenger to Stephen Hendry's seven, I really believe that. He is just granite. He is really tough to play against.

"Mark is right up there. I never played Davis in his peak but he was meant to be difficult to play against, Hendry was a different kind of player, as was Ronnie but Mark is the toughest player I have ever played.

"He will dominate for the foreseeable future. Ronnie and myself are in the 40s, we are still good players but age is catching up.

"Neil Robertson, Trump and Ding need to challenge him and watching that tonight will make them desperate to get back on the practice table."

Selby lags four behind all-time leader Hendry in world title victories and laughed off suggestions he could reach that number.

But six-time winner Davis feels Selby is the "dominant character" while 1991 champion John Parrott says he is "the whole package".

Davis said on BBC TV: "When we look at the quality of players that are potential winners, to think there is a dominant character forcing his way through is amazing.

"Selby is an exceptional player and exceptional match player. It is going to take some young player coming through who takes every part of his game and becomes stronger to knock him off his perch."

Parrott added: "Every facet of his game is there, his safety play is excellent, he knows when to scrap, if he wants to fight or break the balls open he can do that and his temperament is outstanding. That is his trump card above anything else.

"He is the ultimate machine when it comes to match play. The nature of this tournament - the long matches - suits his game, he gets better and stronger as it goes on."

Selby also matches the record of five ranking titles in a season, previously achieved by Hendry in 1990/91 and Ding Junhui in 2013/14, and now has 12 in total.

that was to be a shabby chic antique bought at an auction in Oldtown during the Celtic Tiger years. Never found a location best suited to display it. I'm looking to do a swap as I would like to do a DIY project. Either some wooden kitchen chairs in good condition that need to be painted or a broken down American style 60/70s fridge to convert as storage. Examples added below. Please only respond if you have pictures of chairs or fridge that you can show me.
2133 days ago
Ashbourne, Co.Dublin
Ashbourne, Co.Dublin
€90
thetricolour.com

I have three tickets for Wicked in the Bord Gais Theatre for Friday 13th of December. I would like to swap them for three tickets (sitting together) for any other Friday or Saturday night (expect Dec 6th). My tickets are for the Upper circle, Row E, Seats 53-55. I dont mind swapping for worse seats so now is your chance to upgrade for free!! Email or text (no calls pls).
2499 days ago
Temple Bar
Temple Bar
€120
thetricolour.com
more Swap Items ›